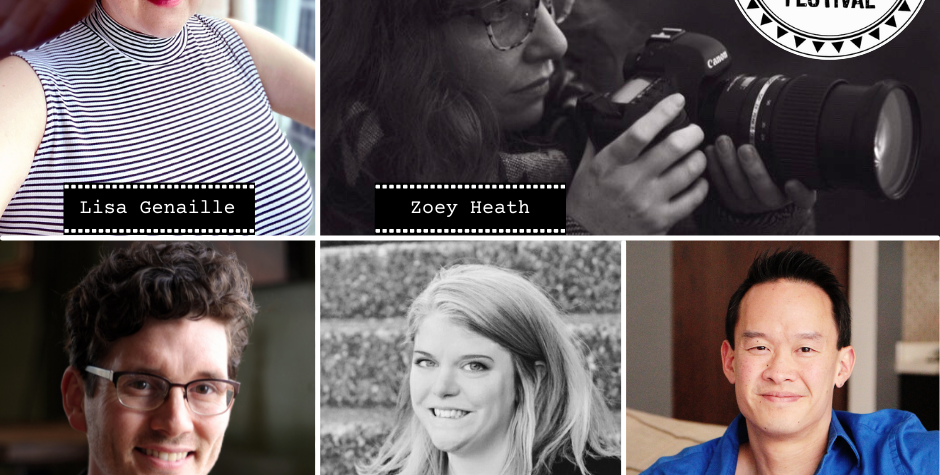 Submissions have poured in from across Canada and around the world for the 16th annual Vancouver Island Short Film Festival (VISFF). The festival received 72 submissions from 10 countries including Canada, the United States, Iran, Mexico, Costa Rica, Argentina, Japan, Nepal, Turkey, and China.

Now, it is up to the five members of the 2021 Selection Committee to watch and rate the submissions, totalling nearly 11 hours of content, to determine which of the entries will be screened at the first-ever virtual VISFF, streaming live from Nanaimo on July 23 and 24, 2021. At least two spots are reserved for films made on Vancouver Island.  All the committee members are new to the volunteer role, but each brings a wealth of experience and a unique perspective that will help shape the final lineup.

Lisa Genaille is a First Nations Producer of Sto:lo (Coast Salish) and Anishinaabe based in British Columbia. After working in the film and TV industry in Vancouver, she joined Sir Perphoulous Films Inc in 2008. Lisa has produced numerous short films that have screened at VIFF, ImagineNative, and elsewhere around the globe.

Jocelyn Russell is a Saanich-based film producer who has worked with various production groups in Victoria and Vancouver since 2009. She produced a feature as part of the Telefilm Micro-Budget Production Program and multiple award-winning short films that have taken her around the world to international screenings and markets.

Zoey Heath has a background in professional photography and owned a successful media business producing content for clients such as the Canada Council for the Arts, AOL Canada, and The Huffington Post. Since moving to Nanaimo, Zoey has served on the board of directors for Hub City Walls and currently works as the Communications Manager at The Old School House Arts Centre.

Greg Brown is a professional writer from Nanaimo who has previously served as Submissions Coordinator for the Vancouver Island Short Film Festival. He won the 2018 Grouse Grind Lit Prize for V. Short Forms and was a finalist for the 2018 Writers’ Trust of Canada/McClelland & Stewart Journey Prize. He teaches for the Creative Writing for Children Society in Vancouver.

Full bios for the Selection Committee members can be found on the VISFF website at www.visff.com. The official 2021 film selections will be announced by June 22. Tickets for the virtual VISFF screenings on July 23 and 24 will be available soon through the website on a pay-what-you-can basis, and audience members will be able to tune in from anywhere in the world. The 2021 festival was made possible thanks to a grant from the BC Arts Council.