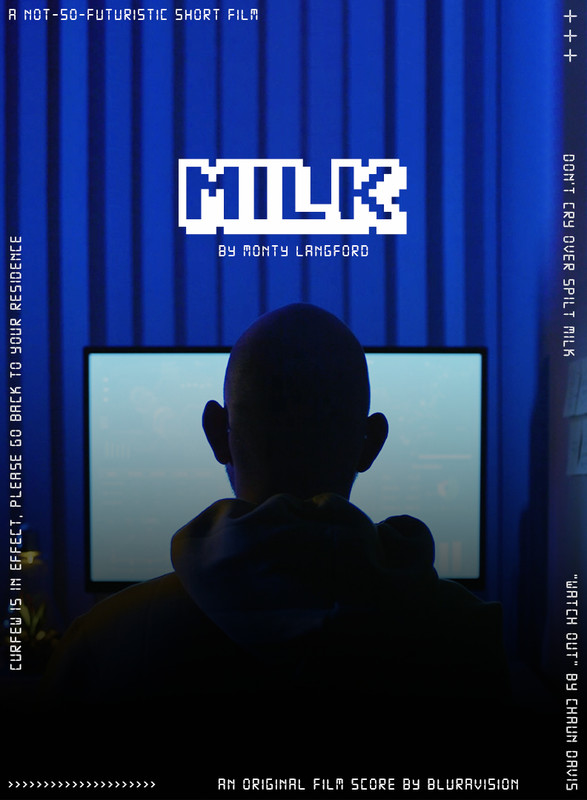 MILK, a not-so-futuristic short film, loosely explores the concept of freedom in a controlled environment. The character is monitored closely while he works, and feels trapped in his residence and city. When the character leaves his apartment, he finds freedom through song, even while he is being watched by security cameras and street-goers. This short film explores the philosophical concepts of Jean-Paul Sartre’s philosophy of the residual freedom of an individual, or lack-there-of, in a state of surveillance and capitalist exploitation. While under a veil of voyeuristic control, how can we truly be free to shape our lives?—given Sartre’s assertion that it is the responsibility of all individuals.

How ‘free’ is freedom?