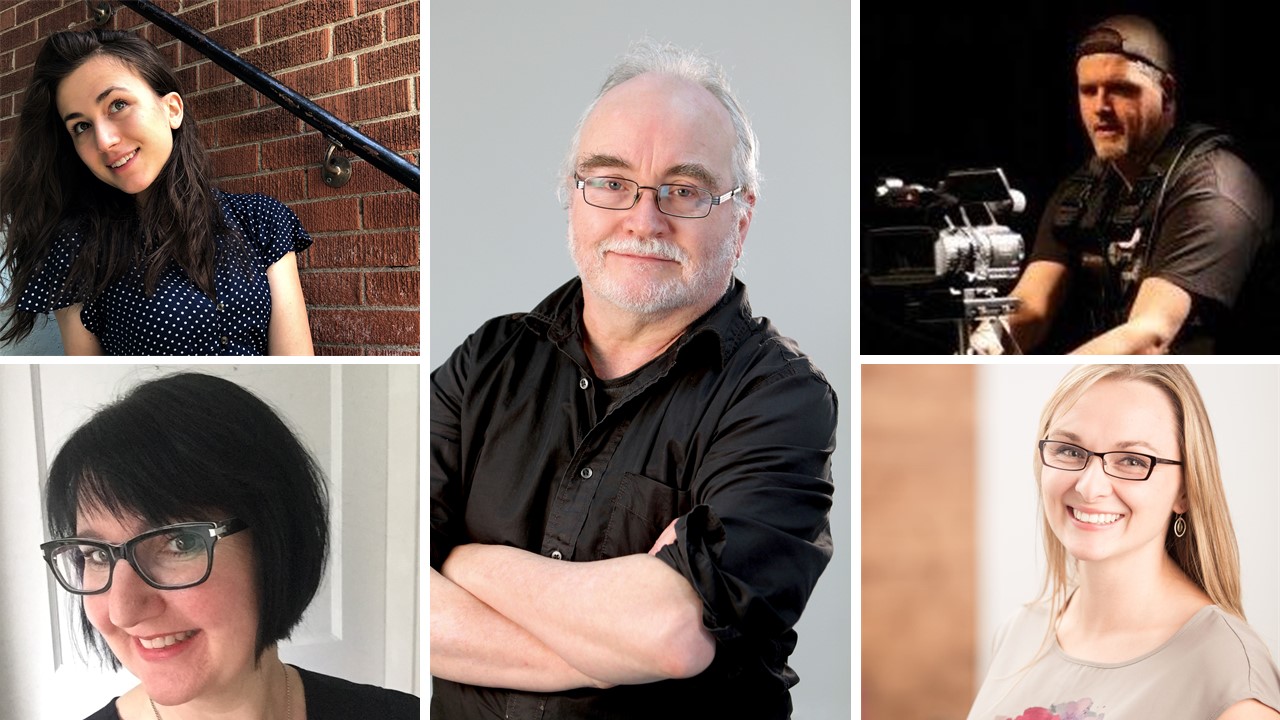 The Vancouver Island Short Film Festival (VISFF) is pleased to introduce the five members of the 2020 Selection Committee, who will be responsible for choosing the lineup for the 15th annual VISFF, happening February 7 & 8, 2020, in Nanaimo.

“It’s really exciting helping to curate a lineup that is entertaining and engaging,” said Matwe, who has shot, edited and produced hundreds of stories about Vancouver Island’s communities, people and events for Shaw Spotlight in Nanaimo. “It’s great being able to showcase incredible films that festival-goers may not have the opportunity to search out on their own.”

Joining the Selection Committee for the first time is Alexandria Stuart, former producer and host of ArtsNow, a weekly arts and entertainment show on Shaw TV Nanaimo. Stuart also brings a wealth of experience from her time as the Senior Director of Film and TV music with the Vancouver-based Nettwerk Music Group.

“I’m excited to be a part of this year’s VISFF Selection Committee because I’ve always admired the talent it takes to tell a meaningful story in a short period of time,” said Stuart. “It’s a privilege to view the submissions. I’m in awe of the strength of the films—the quality is very high—and I’m having a great time.”

The Selection Committee members are responsible for watching all the submissions and rating them in several categories. Nearly 100 films from Vancouver Island and around the world have already been submitted to the festival, and the final deadline of November 4, 2019, is still weeks away. The top-rated films will be screened during the festival in two locations at the Vancouver Island University campus, including the Malaspina Theatre.

Entries remain free for all Vancouver Island filmmakers. Submissions guidelines can be found at www.FilmFreeway.com/VISFF. For more information, filmmakers are encouraged to contact submissions@visff.com.